The NetworKing Academy
provides building blocks to your success, regardless of the situation you are faced with in life.
‘’Harness the Power of Your Network’’
€99.- (tax included + my NEW book!)

Enjoy and remember, I’m with you all the way! 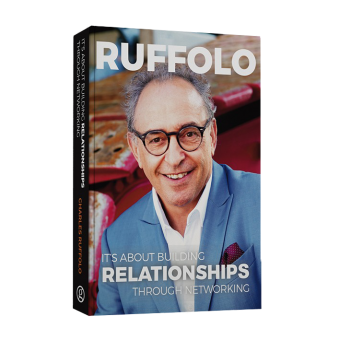 Harness The Power Of Your Network

"It's not who you know that counts, it's who knows YOU!"

Harness The Power Of Your Network

"It's not who you know that counts,
it's who knows YOU!"

Charles D.A. Ruffolo is the author of the bestselling books "Network Your Way to Success" and "Your Wake-Up Call" with 40 years experience in effective networking.

The course target audience are the professionals, who want to improve their networking skills by directly gaining experience, knowledge & results.

The course encourage participants in  enhance their networking skills and develop their personal capabilities while creating new and exciting professional opportunities.

BREAKING the bubble of Networking

NETWORKING Your Way to Success

COMMUNICATING with Your Network

NEGOTIATING With Your Network

So, what All do you get? 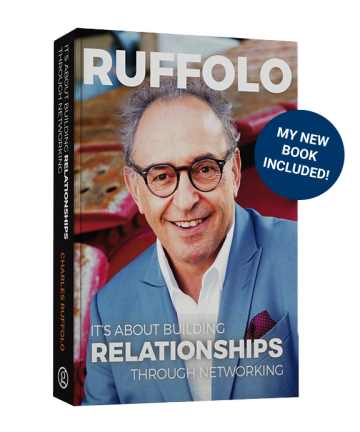 "I thought I knew about networking until I joined The NetworKing Academy. From high-level to the smallest detail was explained and real life examples with very interesting speakers from different levels, helped me understand networking even better. The Ruff transmites his energy and makes you feel the King of your Network. His experience and knowledge is passed on and he makes sure that you are fired up and energized."
Rolf Wienk
Qualogy | Senior Key Account Manager

The NetworKing BV. was established in 1991 by Charles D.A. Ruffolo – MPA/MBA. Charles is a Professional Networker who developed networking into a new science which now acts as the cornerstone of the foundation of a flourishing global company.

After Charles D.A. Ruffolo met (1976) his Dutch wife, Herma, the American soldier exchanged his hometown of Pittsburgh, Pennsylvania, for the Netherlands in the Dutch province of Drenthe/Overijssel. He served and retired after 20 years from the military and is a graduate of the United States Army Sergeants Major Academy and served as a Battalion Sergeant Major. He earned his MPA/MBA degree in his free time in the military and fine-tuned his natural talent for linking (networking) common interests. Ruffolo is an International Speaker, Author, Publisher and Trainer that has spoken in many countries, presents over 100 times each year and is the most asked American speaker in Europe. Charles Ruffolo is the Founder of the Giving Back Foundation.

"Our vision is to use interpersonal skills and networking abilities, combined with vast experience, to provide individuals and companies with the poise necessary to achieve and exceed their expectations globally."

Harness The Power of Your Network

I understand that this is a difficult period of time in the economy.
Therefore, I want to offer you this opportunity for several months to participate in The NetworKing Academy course for just

Please wait while we process your payment...

Please wait while we redirect you...

Get in touch with Us